Jackson Hole, Wyoming is filled with many must see spots. Use our list of the best destinations in Jackson Hole and make sure not to miss the most memorable and most photographed spots.

When you hear Jackson Hole, what is the first thing to come to mind?  Maybe the Grand Tetons, Mormon Row, the Teton Village, or Antler Arches. Hands down, these are just a few of the most popular features in the valley.

No visit to Jackson Hole is complete without a trek to see the Grand Tetons.

Named by French trappers, the three peaks are now known as the South, Middle, and Grand Teton. They called the mountains “Les Trois Tetons,” or “The Three Breasts.” It is the youngest mountain range in the Rockies. Spanning 40 miles long and 8 miles wide, the highest peak measures in at 13,770 feet (Grand Teton) and it has 8 peaks that are over 12,000 feet!

Fact: Grand Teton National Park was approved by President Calvin Coolidge on February 26, 1929. This act protected the Teton Range and six glacial lakes but not nearby Jackson Hole.

Things to Do in Grand Teton National Park

Mormon Row was an early homesteading settlement in Jackson Hole before the Grand Teton National Park was formed. Mormons from Salt Lake Valley set out to establish new communities, and they clustered their farms to share labor. Their community was known as Mormon Row.

The famous Moulton Barn is probably the most photographed barn in Wyoming, if not the world. Pretty logical considering its location directly in front of the Grand Tetons!

Located at the base of Jackson Hole Mountain Resort, the Swiss-styled Teton Village offers restaurants, shopping and entertainment.

In the wintertime, this location bustles with skiing and snowboarding enthusiasts. Even non-skiing types will love activities like the sleigh ride dinners and dog sled rides.

Step off, McDonald’s! The Antler Arches put the golden arches to shame. The Antler Arches in Jackson’s Town Square are one of the most iconic spots in all of Jackson Hole. As Jackson transformed from a mountain man town into a dude ranch town, the Antler Arches grew in popularity with family travelers and locals alike. 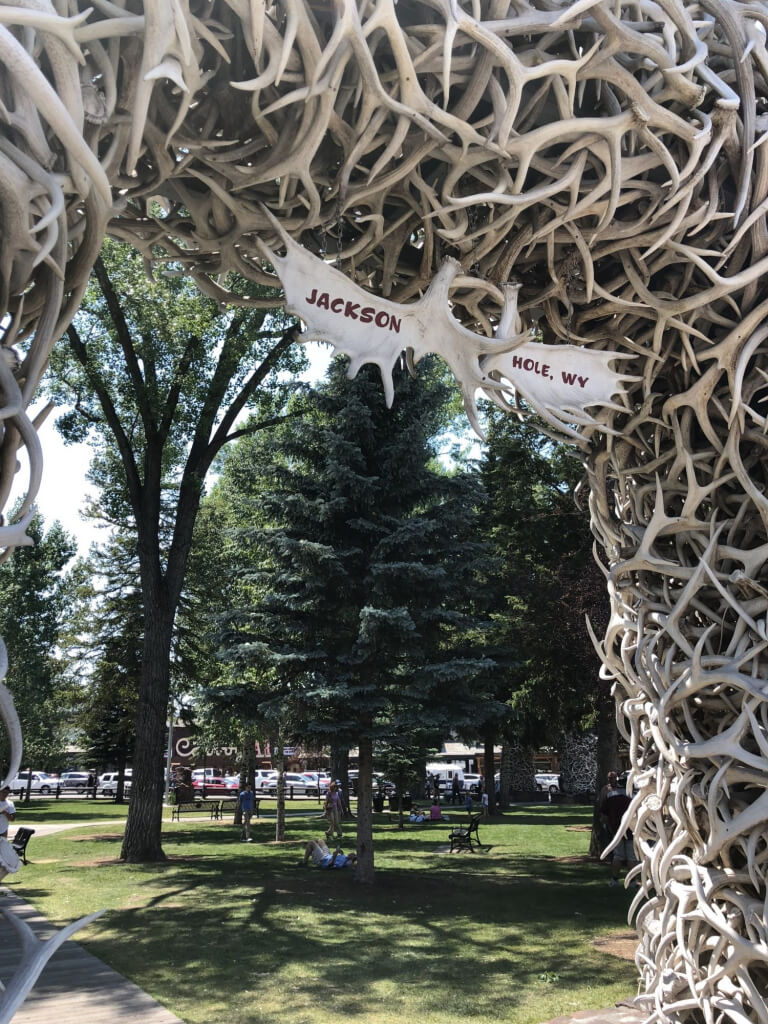 Each arch contains about 10,000 pounds of elk antlers. Don’t worry: not one elk was harmed in the making of the arches. Elk grow antlers that they shed annually. Unlike horns that must be cut off and are hollow inside, antlers, fall off naturally and are solid. 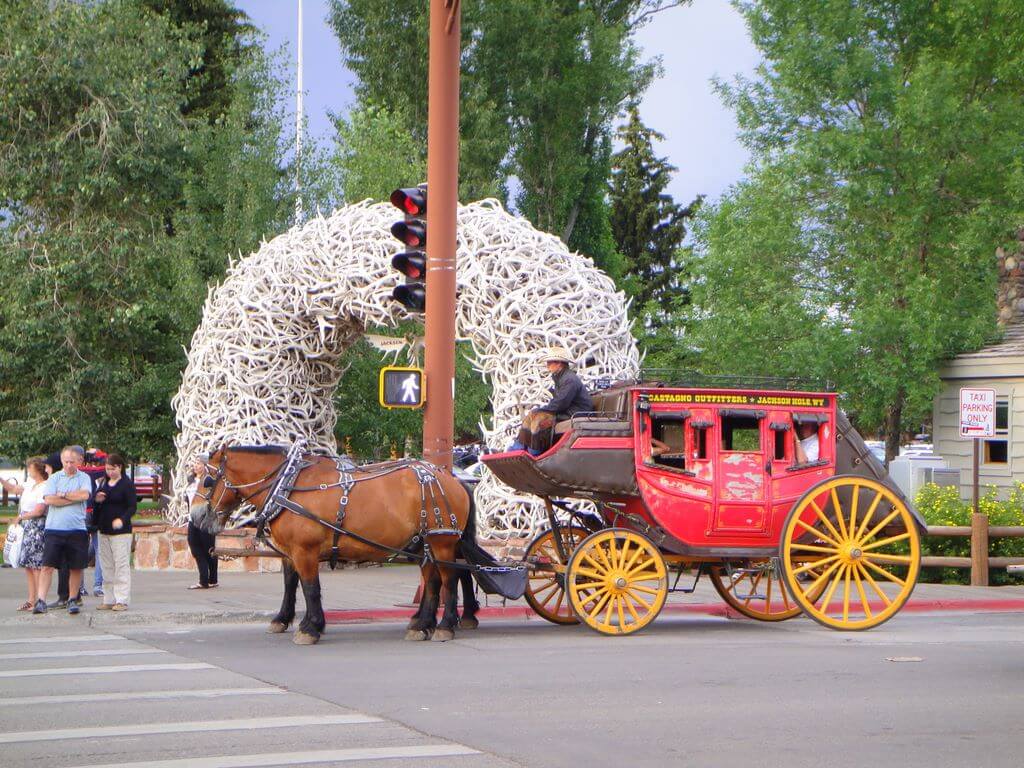 Starting May 1, locals, tourist, and the local Boy Scout club hit the National Forests and Elk Refuge in search of the all the antler sheds. Each year at the Old West Days, the Boy Scouts put on an auction where they sell their antlers. Others sell them to jewelers, furniture makers, private deals, dealers from overseas, or just keep them to enjoy in their own homes.

Did you know? See Jackson Hole hosts live webcams all around Jackson, including Town Square. Get your Jackson Hole fix by checking out the happenings around town and in Jackson Hole.

What to Expect on a Jackson Hole Wildlife Safari

Snake River: What You Should Know