Ever dream of being a cowboy or cowgirl, but couldn’t seem to swing it in the city (or suburbs) where you grew up? Here is your chance to test it out with an all-inclusive vacation to Goosewing Ranch in Jackson Hole, Wyoming! We feature three to seven nights deep in the beautiful Gros Ventre wilderness only accessible by horseback—just like in the old days.

You will arrive on the ranch, check in, and then head down to the tack room to meet your horse for the week. Having your own horse lets you become comfortable with your mount and develop a bond that will have you saying “Remember Josh? He was a great horse,” for years to come. 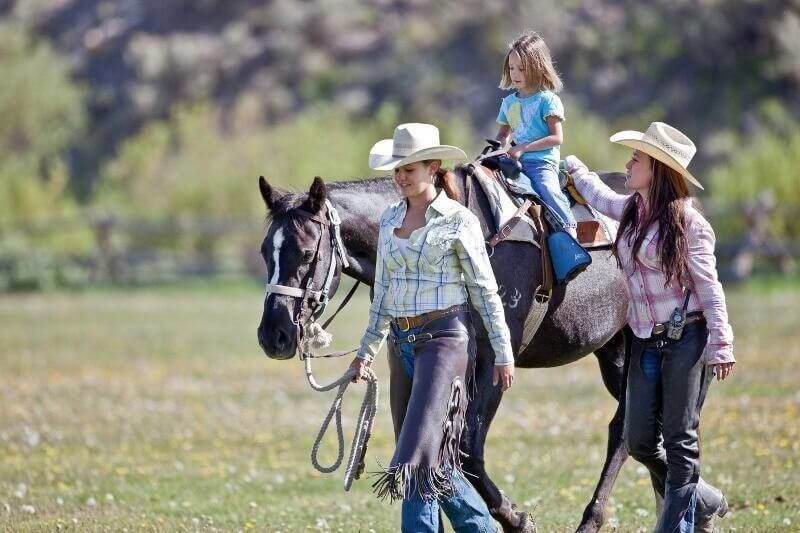 From beginners to more experienced riders, we have a horse for everyone. This wide variety ensures guests can enjoy all aspects of riding, both on the trails and in the arena, as well as feeling safe and secure with their horse partner. Plus, our kid horses take their job very seriously—the quintessential babysitter when a child is out on a ride.

Catch a glimpse of the impressive landscape surrounding the ranch on different length trail rides, and either return to the ranch for a hot lunch or eat a boxed lunch on the trail with unbeatable Wyoming views.

Whether you’ve never been on a horse or were riding before you were walking, this horseback riding vacation is the perfect getaway if you want to experience the vast remoteness of the Jackson Hole Wyoming region from the saddle. 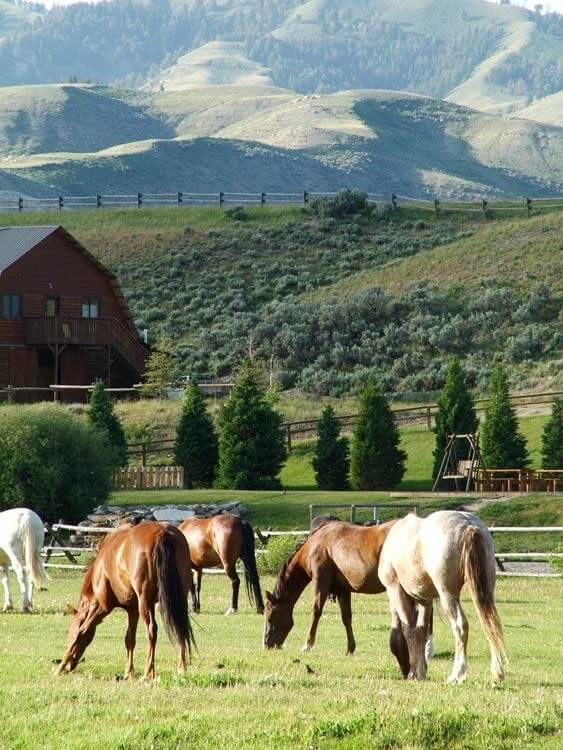 Need more information about Jackson Hole or riding? Check out these resources: 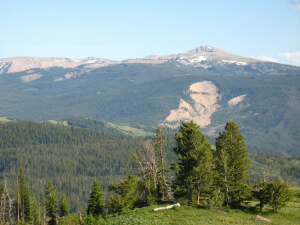 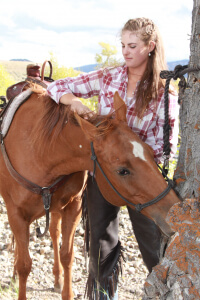 Well another spring has arrived and life on the ranch is as exciting as ever. The tack room is cleaned, and ready for a fun filled summer of horseback adventures into the Wyoming back country. We have 62 head of horses on the ranch, with mostly familiar faces, but a few new ones to learn. The horses have all wintered well and are looking fit for our guests. It is always a happy reunion when the horses return, both for them and the wranglers. We all get a good laugh watching them wonder around the ranch showing the new horses the routine of their life on a guest ranch.
All of the horses have been ridden and taken out on different trails into the Gros Ventre wilderness and Bridger-Teton National Forest. The new Goosewing Ranch wranglers are as fun to watch as the new horses. They are in awe of the terrain and vistas surrounding the ranch and on the trails we ride. They all are excited to learn more about the area and the horses they will be caring for throughout the summer. Every day is a new adventure. They remind me of myself and the reasons why I started leading trail rides. With eight wranglers this year we will be able to provide excellent service and a variety of trail rides daily.
The wildlife has been abundant both on, and near the ranch and on the trail rides. We have spotted numerous herds of Elk, mule deer through the thin foliage, and watched as the antelope move back into the valley. We have also spotted wolves, badgers, grizzly bears, eagles, and a few moose. The horses have handled the wildlife spotting’s, new wranglers, and various trail conditions like old pros. One never knows what to expect in western Wyoming where we are part of the Greater Yellowstone ecosystem.
We are all looking forward to the vacation season starting in the Jackson Hole area, and can’t wait to entertain all of our guests by taking them on horseback adventures, touring Yellowstone and Grand Teton National Parks, and enjoying all the a resort ranch has to offer. The horses are “rearing to go”, the trails are drying out, and the wranglers are saddled up and waiting for all the different guests to arrive. We still have cabins available, so, it’s not too late to book your Dude ranch vacation at Goosewing Ranch. Come and enjoy our western hospitality! 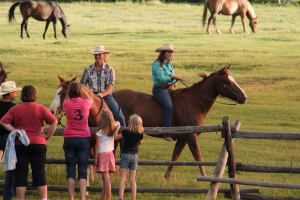 Wow… I can’t believe that the winter season is over and it is about time to open up Goosewing Ranch for another wonderful summer, and I couldn’t be more excited.

We are gearing up for a terrific summer vacation season… With lots of returning staff and a successful autumn of completing projects, this summer might just be the best yet!  The 2012 staff members will start arriving around the first week of May and continue arriving until the beginning of June.  Throughout this month staff will be trained, and facilities will be cleaned and prepared for our first guests’ arrival on June 3.  This year’s returning staff members include: Eric, the ranch foreman, Kris and Katie, head wrangler and wrangler, Will, activities director, Angel, head chef, Charlotte and Katia, lodge and housekeeping departments, and myself.  I am also very excited about the new staff members that will be spending the summer with us; they are all very enthusiastic and well qualified.  We have hired a few extra staff members for this season to better serve and meet the needs of our guests.

Aside from being well staffed, we have many new amenities available that will suite a variety of travelers.  Just because you are taking a family vacation to Wyoming and will be spending a week at a guest ranch doesn’t mean you should have to sacrifice comfort.  After a day of hiking through Grand Teton National Park, or touring the geysers of Yellowstone National Park we invite you to relax by our heated swimming pool, gaze at the star filled skies from the hot tub, or treat your muscles to time in the sauna and a massage from one of our professional therapists.  The ranch not only has a variety of ways to relax and pamper you, but we also have new ways of exploring the Brider-Teton National Forest or Gros Ventre Wilderness.  New for the 2012 season is the addition of 10 Polaris Rangers ranging in capacity from 2 – 6 seats.  Now each cabin will come with a Ranger for the convenience of our guests.  This is a great way to get out to different hiking trails, go fishing, or explore new areas without soring you butt in the saddle.  For the more adventurous types we are offering 2 and 3 day pack trips into the backcountry.  This is a true western experience with many opportunities to view wildlife and take in the vast vistas the surrounding mountain ranges have to offer.

From offering a full Spa to pack trips, and ATV rides Goosewing Ranch has something to offer any vacation traveler.  These are just a few of the new and exciting investments that the ranch is making.  Check out our website for more details or feel free to give us a call toll free at 1-888-733-5251 or 1-307-733-5251.  Don’t miss out on a vacation of a lifetime at Goosewing Ranch, call today for rates and availability.  We also are offering lots of specials mention this blog post and receive a free massage! Offer expires 4/24/2012. 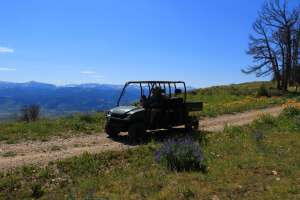